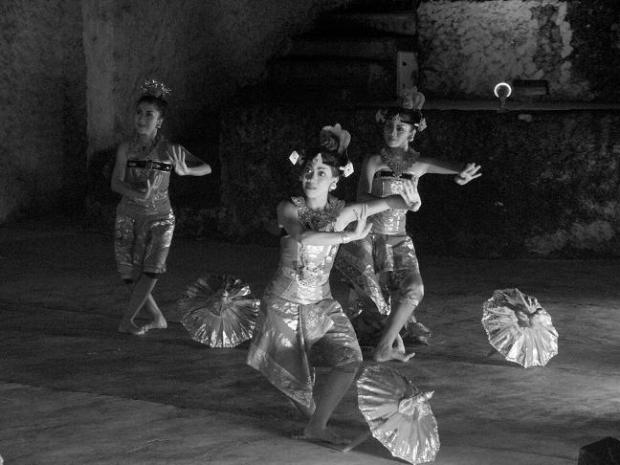 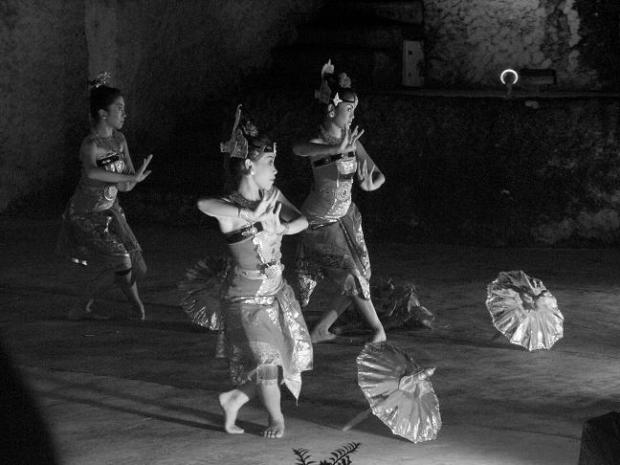 Sigale-gale dance performed using ulos that put on your shoulder, it is in the Sidabutar village through the Tomok Port @Lake Toba

Seeing the prambanan temple at night from the restaurant where we have dinner that Thursday night, I thought the outside stage would be creating it magical moment for the dance but too bad we came on December so we have to rush walking into the theathre soon at 0800 pm after the dinner.

I got a chance to watch the Ramaya cultural dance performance last December. It was a routine show performance on Prambanan temple, Solo, near enough from Yogyakarta. The Prambanan temple itself had been mention in my old post. The dance performed for the whole year, every Tuesday and Tuesday night, using an outside stage on the summer and inside the theatre during the rainy season.

It was such a beautiful show, beautiful dancer in their traditional costumes moving so smooth and energetic. Along the circle ground surrounded with colorful lights as the stage, the dancers also moving between the walking halls between the public. When we eagerly watch the deer dance avoiding the chasing in the center of the stage, then suddenly Rama shows up from behind and aiming his arrow towards. Hanuman jumping from the side and Rahwana the giant red whos kidnapped Shinta laughing behind the watchers. Surprising but it does make the people who watch the show as part of the dancer member. I gave my four thumbs up for that ^^

I’m planning to watch it once again next time I visit Yogya and that time I will be sitting in the first row with the camera guys (masa cuma bule doang yang duduk di situ, tega bener!!! Tiketnya beda sih ya huikz…..)

My SE Z530i couldn’t catch those beautiful moments (argghhh…..) so I ask one of my friends Nunu to donate me some of his picture using Nikon SLR d40. The summary of the Ramayana dance write below as I type it from their original brochure. Enjoy the read and the view ya ^^