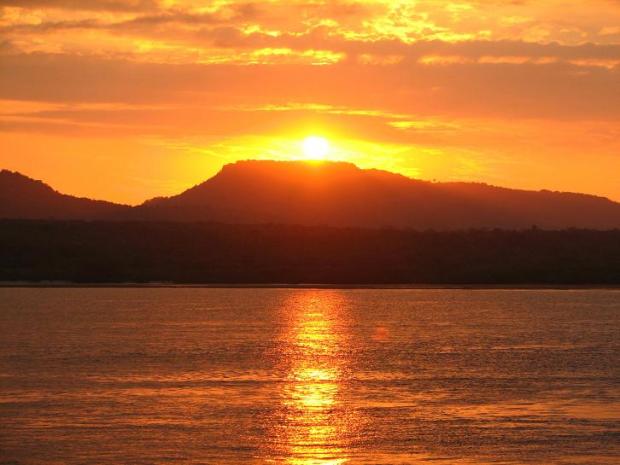 The next morning after a heavenly sleep for couple of hours I took a fast shower and repack my backpack, get ready for the next destination which is Denpasar. I was thinking to stop at Surabaya but the train schedule will send me to Bali at midnite where I hardly get the transportation into Imoel’s house so this time I choose the bus to continue the trip and I’ll be arrived in the morning. I haven’t booked the ticket for the bus so I made a few phone call to makes sure I got the ticket and the customer service told me directly come to their bus agent at Janti. That morning, I have a spicy breakfast at one of Niar favorite spot, Warung Ibu Gendut which the distance is still around the corner of the house. The owner is a Balinesse borned in Java so the food is mixing between Javanesse menu with a Balinesse taste such as spicy scramble eggs, oseng buncis bumbu kuning – pedes juga, tempe mendoan yang lumayan unik karena ga setipis yang biasanya, sayur singkong, ayam bumbu kecap yang keliatan banget potongan cabe rawit merahnya, menu yang laen nda apal saya pokoknya sambel Balinya aseli – irisan cabe dan bawang. Anything spicy is yummy for me so its okay ^^

Not sure I got the ticket for that day, Niar accompany me back to Malioboro where the closest trans-Jogja halte and stop under the Janti halte under the Janti flyover. There was no becaks seen at that time so we have to walk slowly to the bus agent. After make sure I got one seat to Denpasar inside one of the Safari Dharma Raya bus (the ticket price for executive AC bus is still 215.000 rupiahs like last year), me and Niar walking back to the under of Janti flyover to get a fresh coconut. I got my coconut fresh and Niar want it in glass, to be noted the price is relatively cheap, I only spend 6.000 rupiah for both of us. Getting loaded with coconut, Niar went home using trans Jogja and I walk back along the fly over back to the bus pool. I’ve waited there for couple of hours before the bus finally arrived at 4 pm.

I put my backpack in front of my seat so I can stretch my feet out then I watch the view outside passing through Klaten and Solo before at last I fall asleep. I wake up again when the bus stopped at one of the restaurant for dinner. I keep myself awake after the dinner, so I watch the silent street that we pass that midnite through the morning. Passing Indonesia Power with the tower’s entire lamp is so beautiful almost on the corner of the island, a glimpse of an orange light among the nite darknest and soon we arrive at Ketapang port. The sky is still dark when our bus park on the dock. I sat behind, on the edge on the second floor, burning my ciggy and smell the ocean breeze. Then the sky is getting bright with a line of a splash orange in the view up front, behind the hills. In a short time we arrived at Gilimanuk port, and all the passengers must shown their ID card and walk through the customs guard before getting back inside the bus. The view, the combination between paddy field and the shore is relaxing along Negara area. The house getting crowded, it took about 3 hours before at last I arrived at Ubung bus terminal.

Avoiding all the people that offering their rental transportation, I walk outside the bus terminal, looking for the street sign that I could recognized. I stopped at one of the little store at the corner of the intersection and took a motorbike service after bargain the service price. This is cheaper instead you took a taxi. I directly jump on the back seat and moving towards Bajra monument at Renon, Denpasar.

4 thoughts on “Yogyakarta to Denpasar”